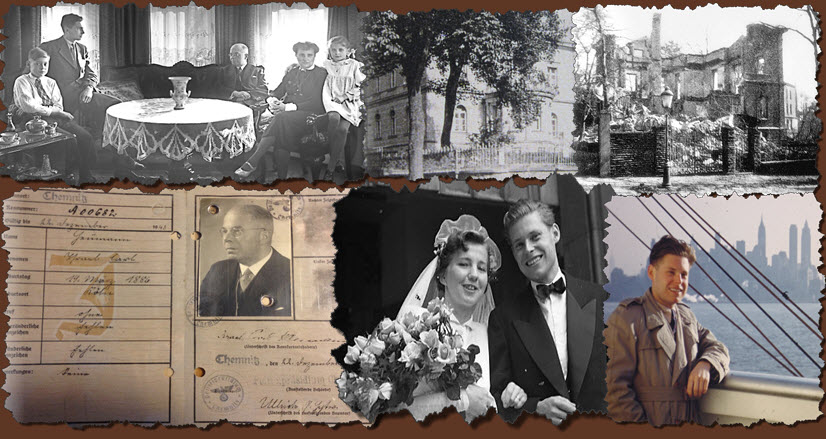 The Rim of the Volcano - Bibliography

Dad would insist that I include his bibliography because, you know, "there is a CORRECT way to do things, Carol!"

Email ThisBlogThis!Share to TwitterShare to FacebookShare to Pinterest
Labels: Bibliography - Rim of the Volcano

This is the last entry of The Rim of the Volcano - Growing Up as a Half-Jew in Nazi Germany, the book that my father, your great-grandfather, Thomas Heumann wrote for his children, grandchildren, and, of course, all of YOU, even if you were still stardust when he penned his memoir.

It seems fitting that this post comes on International Holocaust Remembrance Day. 😢

I suggested to Dad many times that he publish his book, but his answer each time was stern and resolute. "No. This is for my family. If you want it made public, you can do that after I'm gone." When I asked my father why he was so opposed to his story being made public while he was alive, his answer always contained a bit of fear. "People might think that I'm somehow excusing what happened because I survived it, being 'only' a half-Jew." "Does it really matter to anyone but my own family?" "Strangers don't need to know who I am or anything about my life." I think what he really meant by these answers was, 'I don't want to be found; hiding is safer.' The trauma he felt never really left him -- and I've come to realize that it has been passed on to us as very real generational trauma. I'm working through mine by writing this blog, it seems.

Although The Rim of the Volcano is Thomas Heumann's most detailed and complete work, and what he considered his  magnum opus (albeit a private one), he wrote incessantly throughout his life. My plan is to eventually include everything here.

Here is my father's last chapter of Rim:

Of all the years of my life, 1947 was probably the most emotionally intense and, despite its constant commotion, the most lonely. It was a year of great hardships of everyday life, of huge personal decisions, and of endless frustrations. It was the final year when I could still travel to Berlin and Chemnitz, and the year when my heart had to find its way between three women who loved me and when I had to make professional decisions that shaped my entire life.

The latter was by far the most powerful and the most consuming conflict that was with me every day of the year.

Nora, who had been so much of my focus for two years, gradually disappeared from my life, not as much because of me, but because of her. When I traveled to the West in the last days of 1945, I left her life. Soon other men, other people, and other interests began to overshadow the mutual promises we had made to each other. She discovered “Kurti” again, who she had known before she knew me. Both of her parents became big shots in Communist Berlin. In her letters to me, her assurances that she was still “mine for life” began to sound less sincere. She was being groomed by her mother to be a smiling, attractively dressed, and properly made-up Red Society socialite in Berlin. After I decided to emigrate to America, and she to Russia, and after I became more agnostic in my outlook on life, and she converted to Catholicism, the ties between us gradually dissolved into nothing. Not amicably, but painlessly apathetic.

Much more grinding and intensely emotional was the conflict between Gisela and Ingrid.  Not between them -- they even corresponded --  but within me. I knew that I had played a vitally important role for Ingrid at a time when her life had fallen apart, and that I had kept her from drowning. I was ten years her junior, but I gladly gave her the very love that had ruined her previous life. She was in divorce proceedings from the great love of her youth, had to flee her home under the most dire circumstances, and lost her father just before we met. And just at the time that she became the first “earthly” love of my life, she came to realize that my most “heavenly” love belonged to Gisela. When I moved to München, she was desperate for my visits to her, as she and her little daughter Karola missed me terribly. 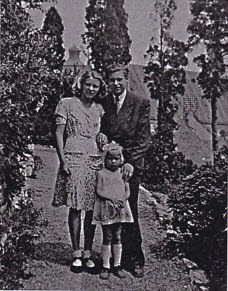 My father never told me that I was named after anyone, but you gotta wonder... right? He adored little Karola, the first child to whom he felt "parental." Unfortunately, Dad never indicated what Ingrid and Karol's last name was, so finding her would be really hard - but wouldn't it be great if I could?!

Ingrid took care of my things (she even spent days to find a cardboard box to send my laundry to München), and I sent cookies to them (for Karola’s coupons, of course). Yet at the same time, I became fully cognizant of the fact that our ten-year age difference would ultimately mean a final separation. She wrote me long, desperate letters asking me to accept her love without return, telling me that she fully accepted Gisela’s role in my life, but at the same time warned me of the dangers of committing to my first love too seriously and too early, as she had done. But for very simple factual reasons, I had to make her terribly unhappy by leaving her life, as gradually and as gently as I could.

Despite Ingrid’s warnings not to commit to my first love too early and too seriously, my commitment to Gisela, and hers to me, grew and solidified during 1947 in an overwhelming way. We found each other again as I never had expected, and I still do not quite understand today.

I read that line, "I still do not quite understand today," over and over, realizing two things: One, perhaps Gisela, not my mother, was the "one true love" of Dad's life. And two, if that's true, then what does it mean for my existence? This kind of existential thinking can drive one crazy!

With all my work -- mornings at Interpreters’ school, afternoons at Bauer Kompressoren -- I wrote her almost daily, and she wrote to me as often, although our letters took anywhere from three to 30 days to reach their recipient, probably because they had to go through Occupation Force censors.  My longing for her occupied me each day, and for many long nights. It was pure torture, but the absence made our hearts grow fonder, and we committed ourselves to each other in more serious terms, in total chastity until we would be “old enough and mature enough,” and had finished our education - she as a teacher, I as an engineer… or whatever.

But would she wait? Could she wait? As a virgin? The principal of the school where she taught had his eyes on her and he applied a great deal of pressure on her to become his mistress, his wife. Gisela described the details of his desperation for a relationship with her, yet, she said, she resisted him for two reasons: one, she really wanted to wait for me, and two, he was too old. Forty years old! Ancient! She was not about to give into his desires for her “this late in his life”! But she felt so sorry for the old, lonely man -- what to do??  But then, when he finally had realized the “tremendous” difference in age between 20 and 40, and he started talking to her about school, meetings, and union matters, she wasn’t interested. Ah, women! Ah, men! Finally, after having pursued Gisela for a year, he got married to someone else, and Gisela was free from the guilty feelings and glad that she had resisted him.

Meanwhile, I continued to send her and her family little packages filled with cheese, chocolate, and sausages, just as Rainer had brought his Western treasures to us in the Russian Zone in late 1945.

In 1947, it was still possible to travel between Russian and Western occupation zones, although a permit was required for each trip. I traveled to Chemnitz and Berlin a few times that year, sometimes with Rainer and sometimes alone. The reason was ostensibly to retrieve items we left behind in 1945, or to handle inheritance matters -- but in reality it was to see Gisela, and a time or two even Nora in Berlin. Rainer was divorcing Renate, and he took up with Inge Künstner, on the surface a better and classier mate for him. At the end of 1947, the trips had to stop altogether because, as a result of the bitter London Conference, the Iron Curtain descended upon Europe. Now the borders between East and West closed definitively. The prospect of ever seeing each other became practically nil, and any hope of having her come to the West disappeared.

Fast forward to 1985: Gisela married before I did in 1951, became widowed (I believe), and her second marriage ended in divorce. She never had children. She maintained her dreamy, idealistic, unworldly personality all her life. She remained best friends with her childhood neighbor, my cousin Gaby. In 1985, when Gisela was killed by a collision with a bicyclist, Gaby told me: “Na die hat dich über alles geliebt, ihr ganzes Leben lang![1]”

In Winter, the engineering program started in earnest, so after absolving my half-year of improvising plumbing and stoking crushed coal, I got to get my feet wet with serious study by taking a whole semester of non-engineering courses, without which one could not graduate. So why not get them out of the way first?  Of the 14 units I took, half were things like Administrative Law, Patent Basics, and Goethe’s “Faust”, but I also took courses in drawing and Descriptive Geometry. 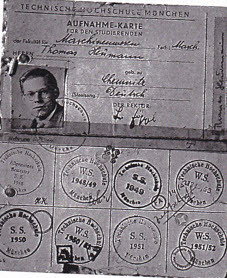 At the Technical University in München  I befriended Hans Holzhausen, an upcoming Electronics Engineer, and we became a good friend for life. His mother, known to us all as “Muttchen,” semi adopted me. Both she and Hans would play an important role throughout my “third life,” the college years. And just as I was about to begin my fourth life, my move to America, they moved to South Africa. 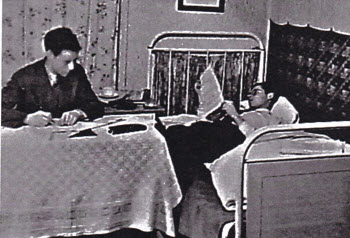 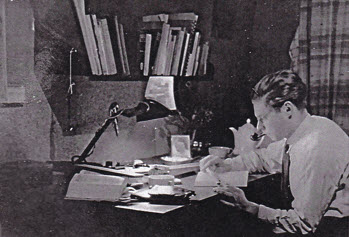 Maybe I’ll write about my third life (college) and my “fourth life” (emigration and the first years in America) some other time. It’s a whole other book!

My father did eventually write about his "other lives," beginning with his fourth life, and I will add those to this blog. But as far as I know, he never wrote in detail about the years 1948 to 1950. I asked him once why he skipped those years in his many memoirs, and his answer was that "it might upset your mother." I'm not sure exactly what that meant, but I suspect that it might have read like... well, like some of the swooning chapters of this book, but with a little (or a lot!) less romantic innocence.

[1] “I can tell you that she loved you all her life, above everything.”

Email ThisBlogThis!Share to TwitterShare to FacebookShare to Pinterest
Labels: 1946 - 1947, Generational Trauma, Love and romance, The Rim of the Volcano
Older Posts Home
Subscribe to: Posts (Atom) 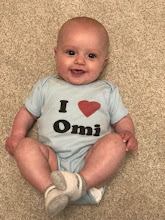 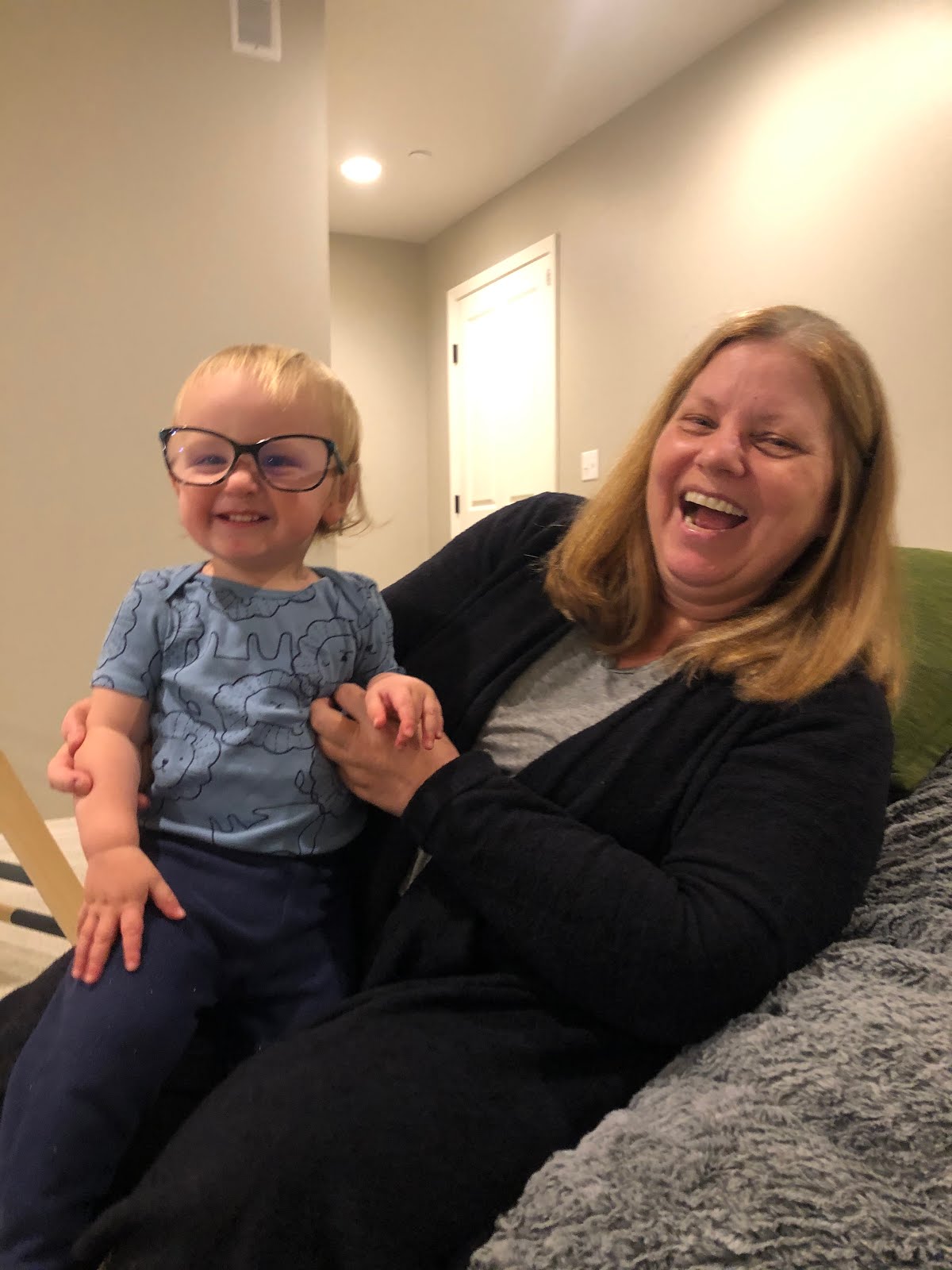 Who's Who and What's What